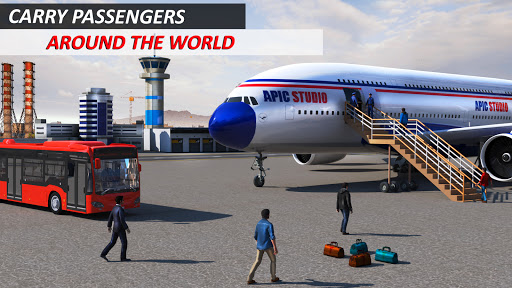 Airport Flight Simulator 2021 game is free to play and supported by ADS.