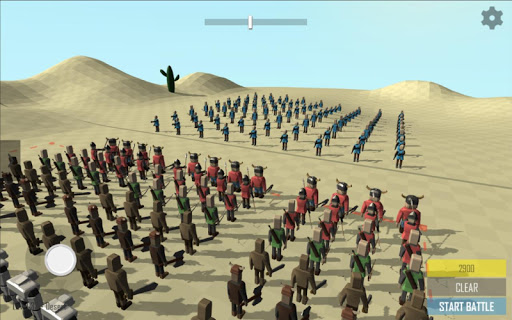 Choose your troops and place them wisely in the battlefield, taking into consideration your golden power, and destroy every enemy! Thin graphics and realistic intelligence of boots, you can now experience real combat simulations. It is a realistic RTS real-time strategy game based on realistic sandbox system for those who love army games, war games. Place your stickman soldiers according to the position of the enemy and in a combination that can be easily defeated. There are many types of soldiers in style of archers, giants, goblins, soldiers, spearmen, cavalry, etc. . Sandbox gamers, we offer you a totally free of charge strategy game that does not require the internet. All you have to do is download and play games for free.

There are 36 battles so far waiting for you in this battle simulator game. If you like stick war games, this is one of the best for you.